Come Swing With Us!

Relive the glitz, the glam and the camp of 1969, Vegas-style!

Stars Rosemary Watson and Peter Marin deliver the goods, mixing the greatest songs from four decades of jazz, movies and musicals with big laughs and intimate stories of their decades in entertainment.

Rosemary, one of Carol Burnett’s ‘favorite new comedians’ (San Diego Union Tribune) is a first-class singer and one of the world’s most well-known Hillary Clinton impersonators. She is a regular on The Howard Stern Show, has appeared at The Kennedy Center, The Queen Latifah Show and can be heard daily as a voice actor on TV/radio and the web.

Peter, a veteran of show business and protégé of the late, great Andy Williams brings the swagger with his inimitable vocal delivery and fun ‘kiss-and-tell’ stories of the colleagues he has met along the way from Pavarotti to Frank Sinatra. In the grand American tradition, Peter, whose background also includes many years as a concert promoter, knows how to sell a song and put on a show!

Under the dynamic Musical Direction of composer and instrumentalist Bobby Breton whose credits include: Columbia/Tri-Star, Nickelodeon, Ray Parker Jr., Meredith Brooks,Vegas’69 performs as an 9-piece ensemble in a dynamic hour-plus show that comes up Aces!

Sure to electrify listeners of all ages.

So grab your tux, slip on your sequins and don’t miss. . . 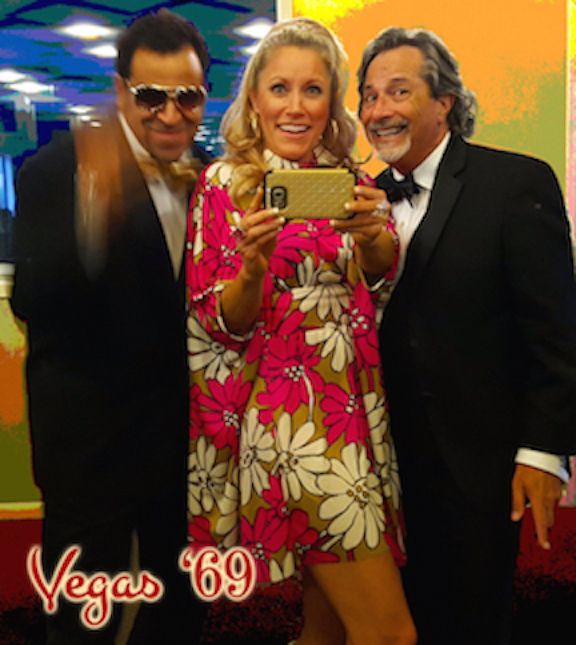